After George Floyd was killed by an American police officer, many hundreds of thousands of people all over the world took to the streets to protest against racism. These protests also prompt self-reflection at UM: what is the current situation in terms of the use of race and racism in Dutch health care and health research? We asked Alana Helberg-Proctor, assistant professor in the Department of Health, Ethics and Society of Maastricht University. She is an expert on the use of ethnicity in Dutch health research. 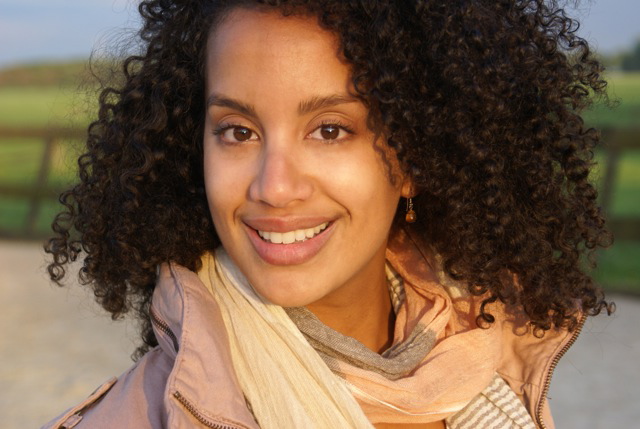 “Based on my research I wouldn’t say racism is a widespread problem in Dutch health research. With regard to health care, there are care providers who report witnessing racism in healthcare, however unfortunately there is very little research on this in the Netherlands. Pertaining to research, mostly health researchers working on this topic are interested in reducing health inequalities. Nevertheless, researchers and health care providers often have common-sense assumptions about differences and similarities between groups that are too simplistic and societally determined. As a consequence these assumptions can affect science and health care practice”.

“When I started doing research on this topic”, Alana explains, “I experienced some resistance”. ‘We don’t do research on races, we know race doesn’t really exist’ is the sentiment researchers relayed. In a way that seemed true: when I started analyzing publications and guidelines in the Netherlands, I noticed that almost all researchers initiated their study with the classification ‘country of origin‘, which seems neutral. However, I also noticed that along the research process these categories often became more and more transformed into new constructions of ethnicity and race, because categories were (re)grouped together, compared and renamed. In one study, for example, I saw that the original data included the country-of-origin category ‘Surinam’ but in the resulting publication the people in this group were termed ‘black’. The country-of-origin category gradually became racialized. The problem is that researchers use their own understandings or social and political notions of ethnicity and race to decide who are the same or different. But if people share characteristics, such as a dark skin tone, this does not mean they belong to the same group with regard to other characteristics. You cannot put all people with a dark skin into one group, let alone a “race” as this is a social and political category and not a biological or genetic one. Social and political categories of ethnicities and races do not capture the complexity of characteristics.

“This racialization of science can have consequences for patients if policies and medical decisions are based on this science”, Alana continues. “Look at the renal function test, a formula that estimates the functioning of the kidney. According to the formula recommended in the current guidelines and laboratory instructions, care professionals should correct the outcome of the test with 16% when the patient is deemed to belong to the ‘negroid’ race. For instance, in their instructions for care providers the laboratory SALT (Stichting Artsenlaboratorium en Trombosedienst) instructs to multiply the result with 1.16 when the patient belongs to the negro race (‘Indien de patiënt behoort tot het negroïde ras dient het resultaat van de eGFR-berekening nog vermenigvuldigd te worden met een factor 1.16’)1. Similarly, in the Dutch spirometry protocol for GPs origin (“herkomst”) is one of the parameters considered and racial categories are used” (see Fig. 1).

Alana continues: “However, when looking into the studies that such guidelines are based on, you often see that these corrections have nothing to do with race. For instance, as Amade M’charek and I write, for the renal function test the relevant factor is muscle mass2. ‘Black’ and ‘white’ Americans were compared and the ‘black’ Americans in this study were assumed on average to be more muscular than the ‘white’ Americans. Subsequently, in the transfer of this knowledge from the US to Dutch medical practice, the Dutch word ‘negroïde’ came to replace the terms ‘Afro-American’ and ‘black’ in the US. A difference in muscle mass, which is a biological difference, thus became a racial difference. So in practice, if a patient who is perceived to be ‘negroid’ (“negroïde”) by their care provider but does not have a high muscle mass, renal failure can be missed. Because of the correction that increases the lab result, the renal function appears to be better than is actually the case. And there is another obvious difficulty; when does one speak of a ‘negroid race’ (‘negroïde ras’). The decision is left to the GP with his or her own idea about race. This case shows that the use of ideas of race can impair the quality of care specifically for patients deemed to belong to a specific group – a process that can be termed systemic racism”.

Try to find the real cause of health inequalities

Should we stop looking at differences between ethnic groups, if it is so difficult to categorize them? Alana: “Well no, that is not necessarily what I am saying. We see that there are health inequalities between different groups in the Netherlands, which is worrisome. This is often the reason to include a category which captures social identity and/or position (be it ethnicity, origin or other) in health research. However, we should critically look at what is the real cause of these health differences, and not take these social categories to signify biological or genetic differences. The underlying cause is often not the fact that you belong to a specific group, but another variable, like muscle mass as we saw before. More often, it can also be a societal factor. In many societies, for example, ‘blackness’ is associated with high blood pressure. Some might conclude from this that there is a genetic predisposition among ‘black’ people. That it is ‘a black thing’. I would argue, however, that this is an incorrect and simplistic conclusion; namely that ‘black’ is a significant biological or genetic characteristic. There are studies that show there is a link between skin color and lifetime exposure to racial discrimination, which contributes to chronic stress and the onset of high blood pressure along with the intersections of many other social determinants of health. Thus, while there might be a specific genetic predisposing, a polymorphism, which is more frequent in one group than another such differences are not captured by crude and socially informed racial and ethnic categories. This means that biological differences according to race can be largely eliminated as an explanatory factor, and rather social and economic factors in interaction with individual genetic profiles appear to be more relevant. It is important to have an eye for diversity because health differences between groups and populations are seen. However, these are highly dynamic and often socially informed and it must not thus lead to another form of racism in care and research. That is the paradox”.

How is our Faculty dealing with racism and diversity, to your opinion? Alana: “Last week I gave a lecture to UM medical students about diversity and inclusion in medicine and health research in a great course run by Maria Teresa Brancaccio. They told me they would like to learn much more about the history, problems and complexities with race specific diagnostics and medical knowledge as well as where they come from. On the other hand, they would also like to learn more about how complex social, political, historical and epigenetic dynamics cause health inequalities between different (socially determined) groups. I think critical discussions about these practices and concepts are very important for our future health care providers. In my opinion there should be much more attention for this in the medical courses and curriculum of our university”.

A strong statement by Maastricht University

What do you think the Black Lives Matter movement bring us on the long term? Alana: “What is being said in the Black Lives Matter movement, has been said many times before. With regard to police violence, but also with regard to the use of race in health care and research as well as the role of systemic racism in health outcomes and quality of care. What is new is that previously silent institutions are now responding. In response to student activism, various medical school in the US have put out statements last week committing to reviewing the use of race in their curriculum, and even announcing the immediate removal of race-based corrections in diagnostics such as the renal function test. With regard to UM, I think, that the statement last week by Maastricht University’ Executive Board about diversity and inclusivity within our university was very important. What is important is that once institutions make these statements, they can’t go back anymore. We can hold them accountable. And that is a good thing.