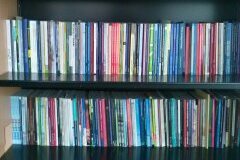 CAPHRI theses are of a very high quality and generally consist of several articles in peer reviewed international journals. In each PhD trajectory at least two supervisors from different disciplines are involved, often also supervisors from other Schools or organisations in the Netherlands or abroad, as multidisciplinary cooperation is highly valued within CAPHRI.