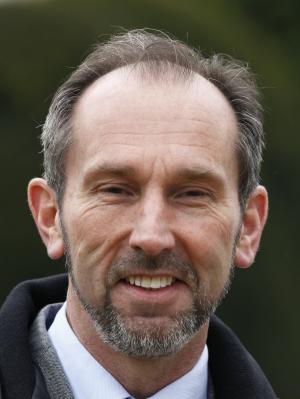 André Knottnerus (1951) obtained his MD degree at the Vrije Universiteit in Amsterdam, the Netherlands, where he subsequently completed vocational training in general practice. He worked as general practitioner in Amsterdam with a part-time appointment at the Vrije Universiteit until 1982, when he started epidemiology training at Maastricht University. In 1986 he delivered his PhD thesis on the development and application of clinical epidemiological research methods in diagnostic research. In 1988 he was appointed as professor of general practice and primary care research at Maastricht University. In 1990-1991 he was dean of the Medical Faculty in Maastricht, and subsequently research executive of the board of the Maastricht Medical School until 1994. From 1994 he was founding scientific director of the university’s research institute for primary care and public health (until 2000) and the Netherlands School of Primary Care Research (until 2002). From 2001 to 2010 he was president of the Health Council of the Netherlands (of which he was vice-president from 1996 to 2001. From 2010, André Knottnerus is chair of the Scientific Council for Government Policy (WRR). Knottnerus holds positions in various national and international scientific and public health boards. Since 1999 he is editor-in-chief of the Journal of Clinical Epidemiology. In 2004 André Knottnerus was elected as a member of the Royal Netherlands Academy of Sciences (KNAW), and from 2009 to 2013 he was chair of the Medical Section of the Academy. His research interest is focused of clinical epidemiological and quality of care research, especially in primary and community care. Until date, Knottnerus coached 66 research students towards their PhD degree. He (co)authored more than 400 international scientific articles in medical and public health journals, several books, and more than 300 articles in national (Dutch language) journals.